As we quickly approach the end of the year, the Almaden Valley real estate market continues its seasonal cooling.

The total number of available properties on the market dropped from 56 on December 5, 2011 to 49 on December 27, 2011. The percentage of all listings under contract (i.e., Pending) increased slightly from 40% to 41% over the same timeframe.

Traditional (i.e., Non-Distressed) available properties dropped from 49 on December 5, 2011 to 40 on December 27, 2011, while the percentage of traditional listings under contract increased from 35% to 38% over the same timeframe.

We anticipate that this slowing trend will start picking up in January.

All Homes in Almaden Valley 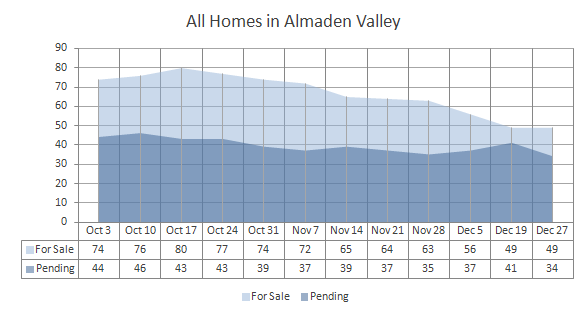 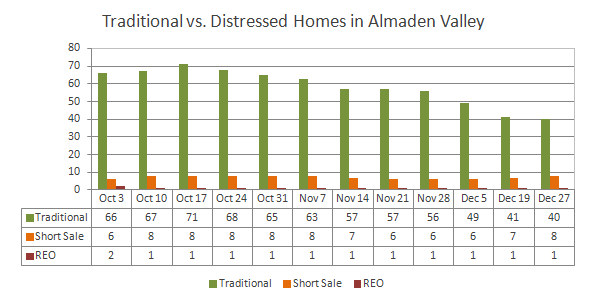 The accuracy of the data contained in this update is considered reliable, but is not guaranteed.