Compared to the same time last year, November 2016 ended on a high note. The number of listings offered increased from 26 in 2015, while the number of homes that sold posted a dramatic 31.6% increase from November 2015, when there were 19 sales as compared to 25 sales in 2016.

Overall, the Almaden Valley real estate market is experiencing a predictable seasonal fluctuation that I expect will last into the New Year. However, if you are planning to purchase a home in the near future, now is a great time to take that step. Inventory is good and the market has slowed enough that buyers have a good chance of making a deal. If you are planning on making a purchase, contact me and let me show you how you can get the best deal! 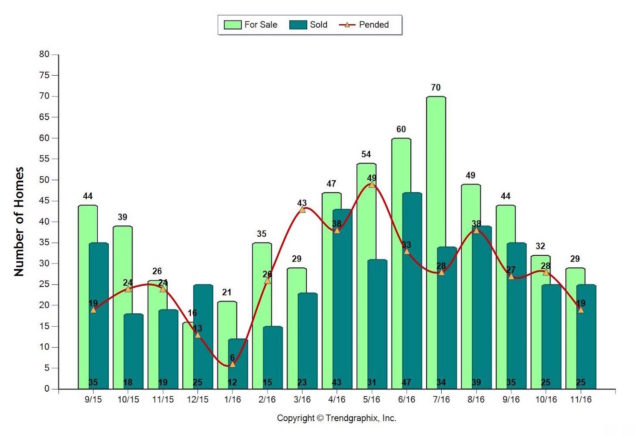