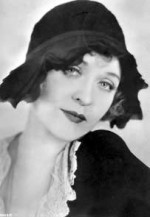 Leland Drama Department presents Chicago (a.k.a., Play Ball), a satirical comedy about crime in the 1920’s, with the Leland Jazz Band playing live.

Chicago offers social criticism of our judicial system, and a public fascinated by famous criminals. This one has got it all! (The play is Adapted and Directed by Elizabeth A. Taylor, Leland English and Drama Teacher.)

Chicago was written by Maurine Dallas Watkins, a Journalist and Playwright who covered the female crime wave happening in the Windy City during the 1920’s.

General admission tickets will be sold at the door and are $5 per person. The play is not suitable for children under 14 years of age. [EVENT IS CLOSED]