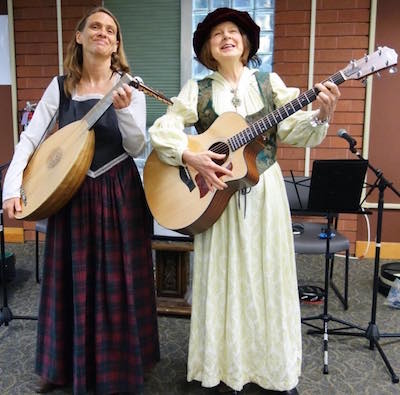 The holidays are well and truly upon us. And what better way to enjoy a cold December afternoon in Almaden than with some ‘Rare Holiday Gems’? Celtic Rose: Rare Holiday Gems is a performance of holiday songs played to the accompaniment of the lute, the recorder, drums and the guitar.

Celtic music is the music of the people settled in the Celtic regions of Ireland, Scotland, Wales and Cornwall, among others. The music has a lyrical quality to it and uses a variety of traditional instruments. Performed by Doris Williams and Caroline Garbarino, “Rare Holiday Gems” will take place at the Almaden Library on Saturday, December 17 at 3.00 pm. For more information, visit: [EVENT IS CLOSED]

The holidays would certainly be incomplete without a healthy shot of laughter! Head to the Leland High School Cafeteria this week for a hearty laugh with Comic Shorts. This winter production by the Leland High Drama Club is a montage of short comedy scenes, including: