February 2017 Almaden Valley real estate market update… The real estate market for single family homes in Almaden Valley has continued its post-holiday season recovery, driven primarily by a healthy buyer demand. The number of homes sold increased almost 79% from January to February 2017, and the number of homes under contract increased almost 56%. This growth appears to be fairly in line with what we would expect this time of year.

Price per square footage is similarly edging upwards, from $517 in January to $549 last month.

Despite the healthy buyer interest in Almaden Valley real estate, sellers seem to have been a bit slow to put their homes on the market last month. The number of homes offered for sale increased a modest 4.3% from 23 in January to 24 in February 2017. It also represents a decrease from the same time in the preceding three years. It is a great time to put your home on the market! 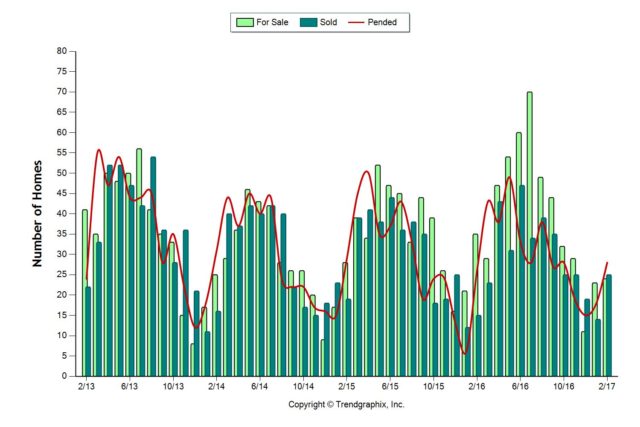