May 2017 Almaden Valley real estate market update… The Almaden Valley real estate market shows little signs of slowing down for the summer, if last month’s data is any indication. Generally speaking, we start seeing single family inventory creep upwards during late spring/early summer, but this year we’ve seen a decided drop of almost 23% from April and 50% compared to the same time last year. Sales actually outpaced listings in May and the number of single family homes that were under contract last month increased quite notably from April.

The average price per square foot retracted slightly from April to May, from $618 to $612. However, it was an increase of a bit over 5% from May 2016 when it was about $582, which indicates a stable rate of growth.

If you’re thinking of buying or selling your home, give me a call! 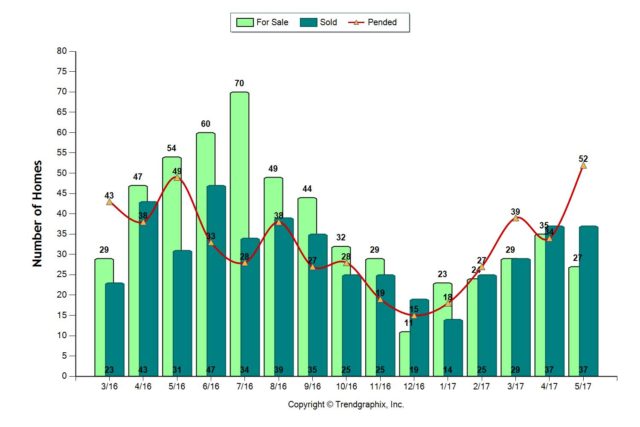