November 2017 Almaden Valley real estate market update… Almaden Valley real estate is experiencing the expected seasonal lull. The numbers of single family homes on the market, under contract and sold are down from October. Price per square foot dropped as well, from $619 in October to $590 in November, indicating that demand has softened, something we entirely expect to see this time of year as both buyers and sellers ease back from the market for the holidays.

We should start seeing more buyers and sellers entering the market starting in January, but we’ve now entered what is likely to be the slowest time of the market. Prices are generally lower during the holidays than other times of the year, due to the slowdown in buyer activity. Now is a great time for buyers who are willing to sacrifice a bit of selection for favorable prices. If you’d like to know how you can take advantage of the holiday lull for YOUR home purchase, email, text or call me and let me show you how! 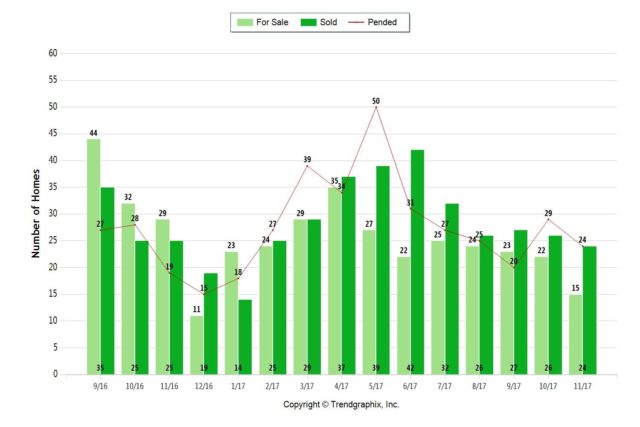