Almaden Valley single family homes are still in high demand, although supply is beginning to catch up. April saw 32 single family homes offered on the MLS, a number we haven’t seen since the summer of 2020. This represents a big jump in listings in April, up from 12 in March. The 34 single family homes that sold in April is up from the 32 sales we saw in March but significantly down from 44 we saw same time last year.

Despite the increasing inventory we’ve been seeing since the first of the year, the average sold price per square foot speaks to how competitive the market still is. In April it reached a record $1078/sqft. Back in September 2021 it was $825/sqft, from which the price has been steadily on an upward trajectory.

There was some concern at the beginning of the year that increasing mortgage rates and prices might cool the market, it might not be having the impact many real estate prognosticators feared. Almaden Valley real estate is still in high demand, and so far the increased inventory is finding buyers. If you’re thinking about buying or selling, give me a call! 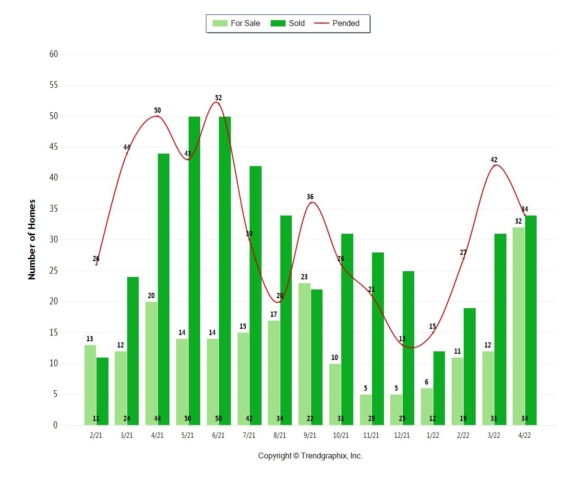