August 2016 Almaden Valley real estate market update… The Almaden Valley single family home market experienced an upswing in August. The number of homes that sold increased almost 12% from July, while the number of homes that went under contract increased a dramatic 39.3% from the previous month. When we look at inventory, we can see a possible explanation. The number of homes on the market dropped 30%, from 70 in July to 49 in August. As we are in the early stages of the holiday cool down we see every year, some of this decrease may be due to normal seasonal fluctuations, but it could also indicate buyers’ interest in concluding home purchases before the school year and holiday season starts.

If you are thinking about buying or selling a home, give me a call and I’ll show you how to make the most of the current Almaden Valley real estate market! 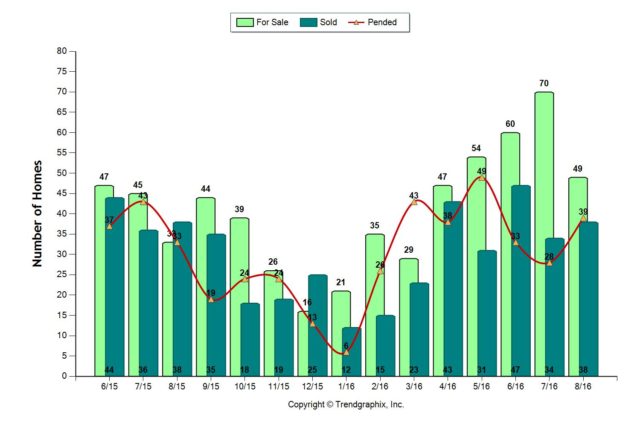